Shillong, June 10:  The state government has sought the help of Indian Navy to join the rescue operations to locate the five trapped miners at Krem Ule in Umpleng, East Jaintia Hills.

“We have written to the ministry of defence to provide us navy divers,” Chief Minister Conrad K Sangma told reporters on Thursday in response to a question whether the government will suspend the operations in view of the difficulties.

The chief minister said the government is open to all options to rescue the trapped miners and it is the responsibility of the government to ensure that “we do all steps and all measures to try and save lives.”

Earlier on Wednesday, the chief minister had said the rescue operation is very difficult as the efforts of the district administration as well as other agencies including NDRF, are yet to achieve result.

On Thursday, the rescue teams of NDRF and SDRF verified the receding water level at 31 feet before resuming the dewatering process.

Fakrul Islam, Yeahya Hussain and Nasim Uddin, who are relatives of Anwar Hussain, have visited the accident site on Thursday afternoon and returned to Silchar in the evening.

“We want the body of our relative and this was communicated to the Deputy Commissioner, said Yeahya Hussain, the uncle of the trapped miner.

He said more water pumps should be used to dewater the flooded mine.

Hussain said as per his information, there were 15 to 20 miners-some from Nepal and others from Assam and Tripura- working in the mine when the water gushed in.

Though the district administration allowed Sahidul Islam and Rofik Ahmed who are the relatives of another trapped miner, Abdul Sukkur, to visit the site, they did not come.

Hussain said since they are poor and less people to help, they are not able to come and visit the site.

Change in vax strategy after Centre nod to supply 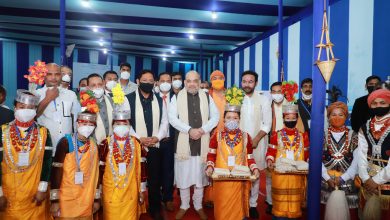