Shillong, July 16: Award-winning artist Raphael Warjri has criticised the state government for not involving local talents in the making of the statue of U Tirot Sing that will be unveiled on Saturday on the occasion of the freedom fighter’s birth anniversary.

In a press release on Friday, Warjri said despite several local artists in the state, the project to build a statue of Tirot Sing was outsourced.

“The accurate ethnic element and authentic local flavour is deteriorated due to complacency and ignorance of the people in the corridor of power. This passive immature action is a mockery and irreparable disgrace for the privilege and honour of the State,” said Warjri. 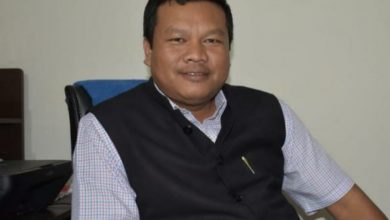