The pipeline, with some 1,000 km in length, will transfer the pumped oil from facilities in Goureh on the southwestern shores to the Oman Sea port of Jask on the southeastern shores of the country.

The opening of the Goureh-Jask pipeline “gave a strong and firm response to all plotters particularly to the United States”, Rouhani said at the online opening ceremony alluding to the US sanctions, which aimed at hindering Iran’s oil exports.

“The US government waged war on us in two areas, one on oil exports, and the other on the supply of goods,” Rouhani was quoted as saying by the official IRNA news agency.

“They aimed to stop Iran’s oil exports and reduce crude exports to zero,” he said, hinting the failure of the U.S. anti-Iran maximum pressure policy.

The $2-billion project, the construction of which started two years ago, detours the strategic Hormuz Strait which has long been used as a vital passageway for oil exports of the region. “As time goes by, the importance of this project will become more evident for the Iranians,” said the president.

The oil pipeline is able to initially export 300,000 barrels per day (bpd) of crude and will reach the capacity of one million bpd once fully ready in October, according to the report.

Taliban claim control of some 90% of Afghan border areas

Taliban claim control of some 90% of Afghan border areas 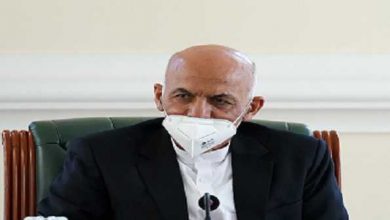