Shillong, July 29: The Meghalaya Confederation for Academic Welfare (MeCAW) met NEHU Vice-Chancellor Prof. Prabha Shankar Shukla with a team of activists and delegates on Thursday and stressed the need of clean administration.

The MeCAW expressed concern over the serial anomalies and gross flouting of rules left by previous VC for the last six years. Especially, the MeCAW expressed its shock over the scam in the CDD, which CBI is currently investigating. The MeCAW apprised the new VC that without signatures of Prof. Henry Lamin and the Registrar Dr JK Nayak  such scams in tendering, issuance of work order and others would not have happened.

The MeCAW, hence, cautioned the new VC of not providing any position to these two ‘tainted actors’ behind many anomalies and scams so that full inquiry into all such scams could be completed in the interest of NEHU.

The MeCA told the newly appointed VC that for smooth functioning of the University and for uplifting it from its current low ranking, a legacy left by Srivastava’s failed regime, local aspirations need to be included.

In the memorandum submitted to Shukla, the MeCAW asserted the need to quickly appoint a qualified local Pro-VC of Shillong campus to build up bridge with the local community for advancement of academic interests of Meghalaya and the region.

The MeCAW also apprised the new VC that the MeCAW stands for academic development of Meghalaya and the region and urged him to fund the academic departments of NEHU sufficiently.

The MeCAW assured him of full co-operation and success as it is expected that NEHU would gain by getting rid of tainted officials of the earlier regime and shall see new light at the end of the day.

Earlier, in a statement issued to the press on Wednesday, the chairman of  MeCAW,  Roykupar  Synrem said that a  decision taken by the Executive Council in its meeting held on June 28 this year puts heavy liability on the University to provide legal assistance to retired or term expired officers who may have to face law after their retirement due to their irregular acts during their office or tenure.

Such a decision to bear legal expenses of officers who will have to face court proceedings is unacceptable, Synrem said.

TA/DA will be paid along with legal expenses from NEHU’s exchequer to the officers, he added.

It clearly establishes the self-conscious malafide apprehension on the part of the former VC and his coterie that there may be court cases after VC’s term is over. Such a decision based on VC’s wrongful premonition of legal action is extraordinary, unprecedented and exceptional showing how the VC has reduced NEHU to a funding agency for his private interest and liability even after his term is over, Synrem said.

This stands out as an example of wrongful collaboration between coterie members of VC using the forum of Executive Council, he said.

In yet another Executive Council resolution, the Council decided to outsource recruitment process for 35 vacant non-teaching posts of NEHU.

“ Needless to say when the VC has no power to conduct recruitment, this decision to outsource is not only a flagrant defiance of government  directive not to exercise any statutory power including recruitment, but it also is circumvention of University recruitment rules that do not allow any outsourcing of conduct of recruitment process. Such un-statutory and potentially corrupt decision to outsource the recruitment process is to allow for disparagement of all norms of recruitment like transparency, impartiality and fair evaluation so that certain vested quarters can place their candidates by depriving qualified local tribal candidates and others, Synrem said.

“Prof. SK Srivastava broached an astounding amount of two bills worth Rs 50 lakh and Rs 60 lakh from a lawyer for fighting a case in high court in the Executive Council meeting.

“The bills establish a hidden nexus that grew during Prof SK Srivastava’s regime. The quoted amount to fight a legal case in Meghalaya high court has been so incredible that the Executive Council members refused to accept it.

The same council members refused to pay the bill and yet some of them became members of a subcommittee to examine the matter of payment, undermining council’s own decision not to pay and they sat as a party. The episode brings out how NEHU’s decision making process was compromised within the Executive Council.

Similarly after facing CBI inquiry and public criticism, the Executive Council came out by retracting strange rule of setting lower limit of 10% as insisted upon by some officials of the University without any statutory backing as a condition in Notice inviting Tender (NIT).

This will  stand out not as a course correction from  grave and serious illegality and irregularity committed in tender and work allocation unless the university fixes accountability on violation of GFR, central vigilance commission(CVC) and other rules in matters of tendering and work allocation.

The MeCAW  demanded a comprehensive inquiry into all the financial deals of Prof Srivastava’s regime in matters of construction and purchase so that NEHU can be freed from evil nexus of corruption and malpractices initiated by him. 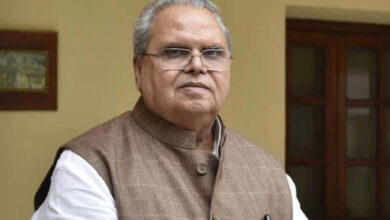 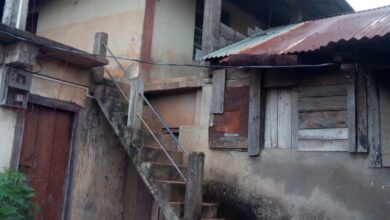