Annual floods spur Kaziranga’s wildlife to move to higher grounds to seek refuge. A study finds that large herbivores, while migrating for refuge during floods, risk navigating human-dominated spaces, which they would otherwise avoid.
The findings provide support for retaining woodlands or wooded areas on human-use lands, increasing land-use diversity, and retaining bamboo, all of which can provide natural cover and favour their movement decisions and space use.
An increasing focus on the needs of migratory species in light of likely climate impacts is an important area for future research and policy.
Mega herbivores undertake vast migrations across large landscapes in several parts of the world. In India, one significant wildlife migration occurs as the southwest monsoons sweep into its northeast states triggering large-scale floods that drive wildlife out of the iconic Kaziranga National Park (KNP) to seek refuge in forested areas on higher grounds.
A new study finds that as the annual floods push wildlife out of submerged habitats within the park on the Brahmaputra river’s floodplains in Assam, most large herbivores such as elephants and rhinos, risk moving through human-dominated spaces, which they would otherwise avoid, to seek refuge from engulfing floodwaters. A major stronghold of the one-horned rhino (Rhinoceros unicorns), Kaziranga is home to several globally threatened animal species like the Bengal tiger, Asian elephant (Elephas maximus), wild water buffalo (Bubalus arnee), gaur, sambar deer, hog deer, and the hoolock gibbon.
“Most large herbivores avoided areas with a strong human footprint during the dry season, while preferring spaces with high land-use diversity. During the floods, such species were pushed out of inundated habitats within the park, and they chose to move through woodlands and areas under bamboo cover on private lands, as they migrated to forested refuges on higher ground,” study’s lead author Varun Goswami, co-founder and senior scientist at Conservation Initiatives, Guwahati, Assam, told Mongabay-India.
For example, in the dry season, the scientists observed that elephants tended to avoid spaces with human settlements but as the floods struck Kaziranga, they also used and moved through land shaped by human activities, while still preferring woodlands on these lands compared to areas under tea, the dominant agricultural land use in the study area; the presence of bamboo cover through these spaces favoured their passage. Similarly, rhinos and water buffalos preferred bamboo cover, and areas that had woodlands as compared to tea, during the floods.
With increasing human footprint around the protected area contributing to the fragmentation and degradation of wildlife habitat and monsoon extremes likely to increase over India, authors underscore the importance of retaining natural cover (woodlands and bamboo) even on private lands through a participatory conservation strategy that involves local stakeholders.
“Conserving (and restoring) natural ecosystems and maintaining their functions is fundamental to the idea of nature-based climate solutions. We believe that such a strategy of climate adaptation will hinge on a model of inclusive and participatory conservation that seeks the involvement and support of various stakeholders, including private landholders, such as tea estates in our case,” said Goswami.
The suggestions also fit in with the third iteration of India’s National Wildlife Action Plan (NWAP 2017-2031), emphasising a landscape approach to conservation and climate change preparedness.

Spread over 482 square km (excluding new additions buffering the park), about twice the size of Guwahati, Kaziranga’s grassland-forest mosaic is separated from the forested hills of Karbi Anglong to its south by human habitation with croplands, agricultural lands, tea estates, and a national highway (NH 37) that runs along its southern boundary. As the Brahmaputra to the park’s north bursts its banks every monsoon, inundating vast swathes of Kaziranga, it triggers wildlife to move southwards towards Karbi Anglong.
To trace large herbivore movement and space use between Kaziranga and Karbi Anglong, the researchers looked for signs of elephants, wild buffalos, rhinos, hog deer and muntjac in form of dung (fresh) or pellets and their tracks (i.e., footprints) in the intervening human-dominated space on either side of NH 37 during the major floods of 2016 –– when 70–80% of the park was submerged –– and contrasted these findings to their results from a survey conducted the previous year during the dry season.
A grid-based approach was used for the surveys. The survey data fed into the occupancy modelling framework to estimate a species-specific probability of large herbivores using a given grid cell.
The survey pinpointed that the hog deer, in the dry season, did not move far from the edge of the park, preferring to use areas where the prevalence of water was high and that of bamboo was low. In the flood season, hog deer again preferred to not move far from the protected area to seek refuge.
Muntjac, a generalist woodland species adapted to more undulating terrain than low lying areas, preferred to use areas with more cover, in the higher ground tea estates and woodlands, compared to low lying areas in the dry season. In the flood season, this preference for higher elevation was more pronounced, explained Goswami.
Calling the research “innovative” for highlighting wildlife migration in a landscape, G Areendran, Director-Indira Gandhi Conservation Monitoring Centre (Remote sensing and GIS), WWF-India, who was not associated with the study, explained that a suitability analysis using data extracted from the field survey could reveal more layers about the ecological feasibility of the migration routes.
“For example, suitability analysis could shed light on the habitat conditions of the area (whether the movement of the species is hindered by any factor); what could be the possible challenges or advantages the particular species could face while it uses that particular migratory path,” Areendran said. “Most of the time, the species might use the corridors that they have been using from the past, but, at times it is possible that it may use a different path if the earlier one is submerged underwater during floods or is inaccessible due to any other hazards,” he added.

Season-specific maps, derived from the study, for areas that are critical for the movement of each species in the study system, illustrate that areas that are critical for refuge migration do not necessarily overlap with areas identified to be important for connectivity during non-flood seasons.
These season-specific maps can serve as an important baseline to prioritise participatory conservation and movement-friendly land management strategies in areas that are critical for wildlife refuge migration during extreme weather events. Connectivity is one of the components of the landscape approach, says Ramesh Krishnamurthy, a scientist with the Wildlife Institute of India, who was not associated with the study. And drawing up the baseline can help set up targets for each of the areas.
“This includes setting aside core areas and then restoring satellite cores and corridors. One of the best areas to focus on would be the riparian zones and coastal regions in India. Involving local communities in social forestry and integrated farming would also be able to offset the problems,” he told Mongabay-India.
“We also need to explicitly map landscapes across different biogeographic zones so that landscape-level challenges can be understood and then field actions can be integrated with district management units. In fact, we need to have all these integrated into the district management plan and panchayat management plan, while the landscape components have to be identified at a regional scale. One of the approaches could also be at the basin level,” shared Krishnamurthy, founder and secretary, Indian Regional Association for Landscape Ecology.
Plugging gaps marked in the NWAP — identifying landscapes using appropriate criteria, the establishment of baseline data and regular monitoring of indicator species to monitor wildlife habitats at the landscape level, preparing land use maps of the landscapes — and then working towards a land-use policy, are ways to align conservation actions to the NWAP.
For the Kaziranga landscape, it would mean retaining woodlands or woody areas on human-use lands, increasing land-use diversity, and retaining bamboo, all of which can provide natural cover and favour their movement decisions and space use.
Acknowledging the importance of dovetailing monitoring wildlife movement with flood mapping and land use, Kaziranga National Park Director Siva Kumar explained that as a park manager preparedness during extreme weather events to prevent wildlife deaths and human-wildlife conflicts is crucial when they are moving to refuges.
“And also when they are moving back in the park post-monsoon. In the monsoon season, we use automated animal sensors to monitor the movement of animals in corridors besides restricting vehicular speed and issue time cards to regulate vehicle movement,” Siva Kumar said.
The importance of ecological connectivity for the survival of migratory species, such as Asian elephants, is a key priority for the Convention on the Conservation of Migratory Species of Wild Animals (CMS) of which India is a signatory.
CMS Executive Secretary Amy Fraenkel underlines that migratory species are particularly sensitive to climate change and its impacts and ecological connectivity makes a vital contribution to the ability of some species to respond to climate change, by increasing the chance that they can move from areas that are rendered unsuitable to other areas where they can survive. “An increasing focus on the needs of migratory species in light of likely climate impacts is an important area for future research and policy,” Fraenkel told Mongabay-India.

Celebrating the heroes of Meghalaya 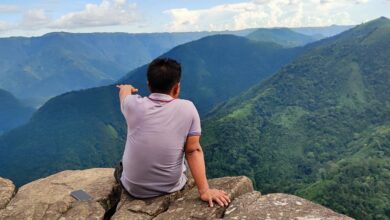 ‘The rivers flowed through hill & forest to merge with Mahanadi’ 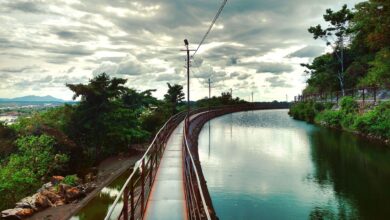 Chronicling the course of life 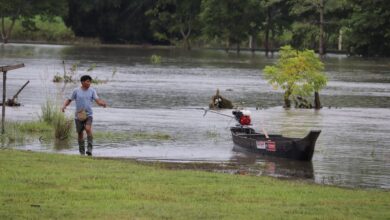