Taking to Instagram, actor shared the look of his character from the film and wrote, “Apni pehnchaan se chaar chand lagane, aa rahe hai hum,” along with a moon emoji.

In the poster, Ajay can be seen posing in front of a blue-coloured vintage car, dressed in off-white pants, paired with a grey blazer and white shirt. His look is completed with a pair of dark shades and a dark-brown cap.

Actors Huma Qureshi commented whistle with a red heart emoji. The film is produced by Bhansali and Jayantilal Gada (Pen Studios) The film is slated to release on February 25 in cinemas. 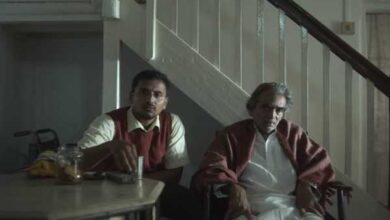