“Accordingly, he will be arrested later tonight from Tura jail and produced in court tomorrow”, the SP added. 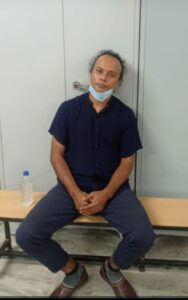 Curiously, it was six days after the raid on July 22 at Rimpu Bagan that the explosives were “found’ in one of the rooms.