Shillong, July 8: The month-long football extravaganza is nearing with Euro 2020 and Copa America on the charts and there may be a lot of conjectures and debates among football enthusiasts in the city over the probable winners. But city-based coach Alison Kharsyntiew is not really surprised to see the last top four teams in the Euro 2020.

“The three teams who made it (to the semi-finals) were expected. Even though England and Spain peak late in the competition. Italy showed signs from the very beginning. However, Denmark being the underdogs had also played well.” told the assistant manager, North East United FC (NEUFC), on Thursday.

Kharsyntiew had expected more from teams like France, Spain and Germany. “Anything can happen in football. But yes, the likes of Belgium, the Netherlands, France, Germany, was a real surprise that they bowed out early,” he said.

When asked if Germany is losing its supremacy and authority, Kharsyntiew said Germany is going through a transition phase and a dearth of experience may have struck the team in not so promising way in their brief yet significant campaign in Euro 2020.

“Joachim Low is leaving, Toni Kross has retired. Moreover, the team went to the Euros with less experienced but more youths. So, saying that the German dominance is over is wrong, it’s only a matter of time before these young players develop, mature as footballers and dominate like we know Germany can,” said Kharsyntiew.

Talking about the quality of football played in Euro 2020 so far, Kharsyntiew said it is quite enthralling to see how different footballing nations have put this sport in a podium of art with the display of diverse skills and tactics.

“Well, there was no lack of quality. If you see how England are playing, especially in midfield, how the Dutch played their total football. Also, the incredible goals of the strikers who took it first touch, Spain’s ability to pass the ball so well, the beauty of Italy’s defending, the courage of Switzerland and the Czech Republic to play expansive football and many others. But in football, you also need a bit of luck,” said NEUFC assistant coach.

On asking which teams in Euro 2020 and Copa America the coach is rooting for, Kharsyntiew said in Euro 2020, it’s Italy and in Copa America, he is supporting Brazil to win the chalice.

“I want Italy to win the final. I want them to win because of the consistency they showed until the match against Spain. The players they have are amazing. Very youthful team with the exception of Chellini and Bonnuci. They also have a very good coach in Roberto Mancini. I’m also a big fan of Brazil, I want Brazil to win Copa America. As for now, Lionel Messi is in exceptional form. Let’s see how the final goes,” he concluded. 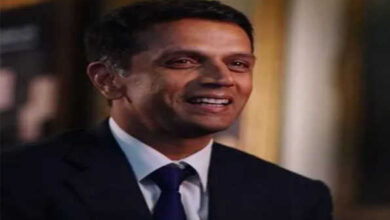 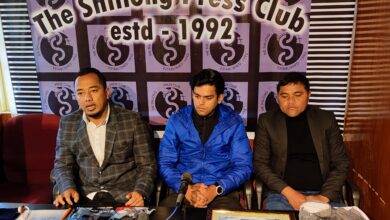 Minerva & Ryntih come together for football academy in city