Both the Civil Society Women Organization (CSWO) and Thma U Rangli Juki (TUR) demanded an independent inquiry into Thangkhiew’s death.

In a statement, CSWO president Agnes Kharshiing said the killing puts doubts about the police hiding evidence to shield those behind the Laitumkhrah blast.

Condemning the blast, Kharshiing said the polce should have arrested him to find out those behind this terror in the city.

“Cherishstarfield Thangkhiew, being a surrendered cadre, should have been issued notice if involved in any case and if he does not comply then the police can make arrests accordingly. Powers of investigation must be exercised in strict accordance with constitutional guarantees and legal provisions and cannot abuse their power given by the government,” the CSWO president said.

About the detention of Thangkhiew’s sons, Kharshiing said it was “clear violation of human rights when they too were not issued a notice”.

TUR said it does not accept killings or any kind of violence, whether by the state or non-state actor.

“Killings and violence destroy the fabric of day-to-day life and creates an atmosphere of fear for all. The law should work and be equal for all… TUR requests citizens to be vigilant, aware and not be misguided by forces who seek to destabilise for their own selfish interests,” it said in a statement.

Demanding an independent probe headed by a High Court judge, TUR asserted that it would “continue to stand against the authoritarian preventive detention laws like AFSPA, MMPO and UAPA, and demands that these laws be repealed. TUR calls upon the people to stand up for the defence of human rights”.

The Federation of Khasi States also expressed its shock at Thangkhiew’s killing.

“We recall that on 18th October 2018 the Meghalaya Police held a special publicised function wherein the former General Secretary, HNCL surrendered before the Deputy Chief Minister. It was a sigh of relief for the citizens of Meghalaya to witness such an important occasion which everyone hoped would strengthen the peace process in Meghalaya,” said John Kharshiing, advisor to and spokesperson of the federation.

“However, today we are pained and shocked to learn of the Meghalaya Police Operation during the wee hours of 13 August 2021 raiding the house of the already surrendered former General Secretary of the HNLC leading to an encounter which has resulted in his death… We condemn such blatant unwarranted misuse of police force given the fact that this individual had surrendered,” he added and demanded a judicial inquiry.

New Dawn, a newly formed organisation, has condemned the killing. “We are also deeply concerned about the actions taken by the Meghalaya Police against a surrendered HNLC militant. The grounds on which the police sanctioned killing was carried out are flimsy at best. We believe that apprehension and rehabilitation of said militant would have been the preferred outcome, rather than resorting to violence that has led to the loss of life,” a media statement said on Friday.

“In the current state of unrest in Meghalaya, such an action further emboldens and radicalises the unruly elements among our citizenry,” it added.

New Dawn urged citizens “not to be swayed by propaganda and fall into the circles of violence that have been haunting us for the past 50 years of statehood”.

“The ramifications of further aggression between militants and the armed forces will be borne by the working class, so we must be responsible and take affirmative action to prevent the situation from escalating further,” it added.

Cops have ‘incontrovertible evidence’ against Cherishstarfield

Shops gutted in fire in Jowai 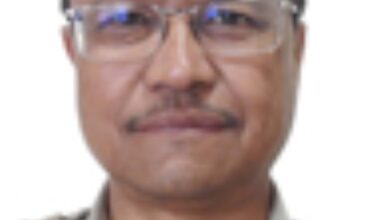