Shillong,Aug 1: The BJP on Monday met Governor Satya Pal Malik and demanded independent judicial inquiry into the case related to Bernard Marak after removing the SP and the DC of Tura. 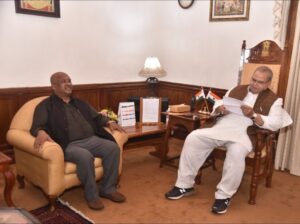 Marak was arrested after his farm house was allegedly used for immoral activities following which the police had summoned many BJP workers.

The BJP submitted a memorandum to the governor demanding action against the SP and the DC for the harassment of party leaders and workers in Garo Hills. 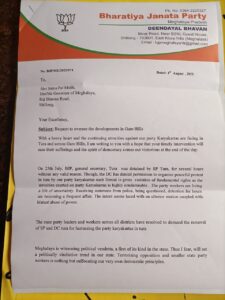 Speaking to reporters after meeting the governor, party state president Ernest Mawrie said the the BJP delegation denanded an independent inquiry into the matter after removing the SP and the DC who are heading the current investigation. 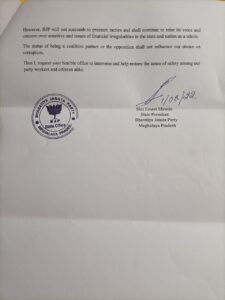 “This is for a free and fair investigation”, he said.

The BJP leader said the governor assured to look into the matter.