He passed away at his residence at Mihmyntdu, West Jaintia Hills on Friday morning after a brief illness and his funeral will be held on Saturday at Mukhaialong, East Jaintia Hills.

“Saddened by the demise of veteran politician & former Chairman of JHADC, Sh. Obil Kyndait. As former MLA and MDC, Sh. Kyndait diligently worked to serve the people of Jaiñtia Hills. My condolences to the bereaved family and friends. May his soul rest in peace”, chief minister tweeted.

Kyndait represented the then Rymbai constituency in 1978. He was six-time MDC and held the posts of former chairman and CEM of JHADC.

The speaker said,“He will forever be remembered for his dedication to serve the people of his constituency and the state.” 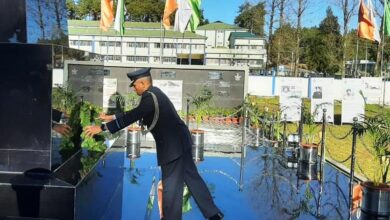