The whole RAM episode rocked Meghalaya a couple of months back whereby various sections of the society demanded the arrest of its leaders and members. But some groups had also condemned the attack on these sex workers who had only set up the association to protect their own rights and interests, and more so to secure their own livelihood.

Recently, a rejected application form from the office of the Registrar of Cooperative Societies belonging to the Rot Association of Meghalaya (RAM) went viral on social media where names and contact information of its leaders and 360 of its members were displayed. Some of these documents have also been uploaded in Sex Trade Opposing People’s Telegram channel (@sextradeopposingpeople_STOP). In this regard, RAM and other social groups calling it a legitimate call, had demanded that the culprits should be brought to justice and strictly penalised. But in this entire hue and cry, many, including a few police officials, crossed the line and disclosed the identity of members in their WhatsApp forwards and status updates.

These men of justice and other social activists who have a number of followers on social media used a hashtag which disclosed the names of the members. Some of them even shared pictures of some of the members without blurring their faces. This illegal and worrisome act by the authorities and the general public is shocking and condemnable.

The point of law on the issue is well settled by statutory declarations and the judicial pronouncements. By and large, they place an absolute bar on any kind of identity disclosure of sex workers in the public domain. The act of disclosing the identity of sex workers constitutes an offense and is punishable under various sections of the IPC and is clear and unambiguous — the consequence of breach of it is inescapable and the question whether the disclosure was intended, bona fide or without knowledge of law has no relevance.

Some time back, a court order had declared, “No person can print or publish in print, electronic, social media, etc. the name(s) of the commercial sex workers or even in a remote manner disclose any facts which can lead to them being identified and which should make their identity known to the public at large. Where the sex worker is dead or of unsound mind the name or the identity should not be disclosed, unless circumstances justifying the disclosure of identity exist, which shall be decided by the competent authority.”

This law has a social objective of preventing social as well as personal victimisation or ostracisation of sex workers or their families. It needs to be understood that it is not mandatory to use the names of sex workers to protest against or to arouse public opinion and sentiment against sex work.

Further, for the efficient implementation of any law and to avoid repercussions of lawlessness, the awareness of laws in public becomes sine qua non. Mere publication of laws in official gazette will definitely not suffice. There should be legal awareness programmes conducted on a large scale by governmental and non-governmental organisations throughout Meghalaya so as to have an effective check and permanent control on such mass violation of laws.

Nadal won’t play again in 2021 due to foot injury 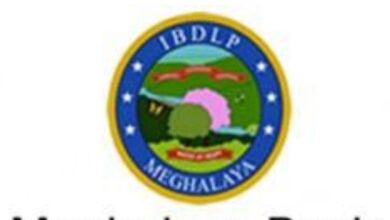