Shillong, July 5: After the Meghalaya ‘lottery results’ surfaced in many online websites, the director of state lottery, has ordered a probe into the matter.

The official lodged a complaint with the police on July 2.

After the websites have been regularly posting the lottery results, this reporter sought a response from the official to know the veracity of the matter.

Following this, the official filed a complaint with the police regarding the illegal conduct of lotteries in the name of Meghalaya State Lottery. 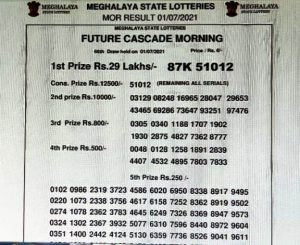 Some other Northeastern states have also come under the online fraud.

The official said that Meghalaya government has not conducted any lottery since 2007 and hence the conduct of lottery in the name of Meghalaya is illegal and liable for penal action under relevant provisions of various lotteries Act and rules, IPC and other sections of law. 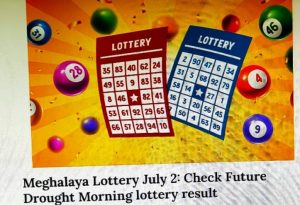 Police have started investigation into the matter.

SSA teachers to protest on Nov 9

‘Do away with political appointees, reduce VAT on fuel’