Seoul, May 28 (UNI): BTS golden Maknae Jungkook trended on Saturday as he left for Los Angeles ahead of a key meeting in the White House next week.

Jungkook saluted fans with finger hearts and bowed his signature 90 degrees at the Incheon Airport here as he left for America ahead of his six hyungs. It was not just the ARMYs but he was cheered by the paparazzi as he headed for his flight. Someone from the crowd, called out to the 24-year-old to remain healthy and safe, even as he smiled and greeted them from inside the glass doors of the elevator.

Jungkook wore a white sweatshirt, blue denims and skin brown shoes. The lead vocalist of the super Kpop band also sported a baseball cap covering his mullet and had a black mask covering his face.

Jungkook had tested positive for Covid on March 27, the day he landed in Las Vegas ahead of the Grammy and Permission To Dance on stage Vegas tour, so ARMYs are concerned as BTS head for a new chapter next month with “Proof”.

The Busan boy was seen waving to the fans and flashing the peace sign at the airport ahead of his departure on Saturday. In one of the videos shared by fans, he swept ARMYs off their feet as he kept his hand on his heart and bowed. His smile reached his eyes and ARMYs were touched that despite a mask and cap, his smile is impossible to miss.

Reacting to it, many fan shared the same sentiment: “Take care of yourself my love have a nice trip.”

Others commented with, “We love you my warrior and handsome Kookie”, “Such a gentleman, huge respect sir”, “Oh my gosh you are so polite”, “Jk is so precious. He always shows his respect. He will bow always”, “So polite and respectful”, “Have a safe flight baby bunny. Stay healthy, happy and successful”.

Rest of the band — RM, Jin, Suga, J-Hope, Jimin and V – are scheduled to travel to the US on May 29. BTS will meet the US President to discuss anti-Asian hate crimes and celebrate AANHPI heritage month on May 31.

A person commented, “Have fun at the White House, we’re proud of you guys.”

BTS leader RM had on Weverse reacted to fans hailing the South Korean group ahead of their upcoming White House visit and said: “Last time I saw it from afar, now I get to go in.” 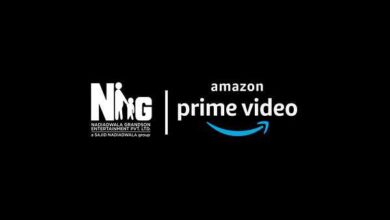