Shillong,Sept 12: Illegal sale of liquor was raised by TMC MLA Zenith Sangma in the Assembly on Monday.

However, Zenith pointed that illegal sale is rapidly increasing instead of reduction in many parts of the state.

“In Tura, in every pan shop, liquor is available”, he said adding that even in Shillong, illegal sale of liquor is on the rise.

TMC MLA Charles Pyngrope pointed out uneven setting up of liquor shops in the state as in some parts, the shops are many while in other areas, there are only a few.

Ampareen Lyngdoh (Congress) wanted action against bootlegging in Laitumkhrah and other areas. 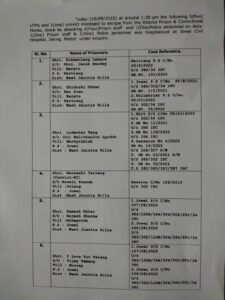 Tribute to Swami Vivekananda in city