What happens when a donkey, a poor and innocent couple, wily politicians and a corrupt system come together? A political satire called Gadhe ki Baraat (A donkey’s wedding procession).

The play, originally written in Marathi by Hari Bhai Wadgaonkar, was recently staged in the city by Saptak Cultural Society from Haryana in collaboration with National School of Drama and Indian Council for Cultural Relations.

Gadhe ki Baraat is the story of a poor couple who become victims of corruption and deception. A donkey that the couple give shelter to becomes their nemesis.

Though Kallu and his wife live in penury, they do not think twice before adopting the abandoned donkey. The animal is cursed. The animal not only speaks the language of humans but also thinks like them. So, when the king announces that the princess will marry the person who will build a bridge from the destitute colony to the palace, an “impossible task” according to the king’s minister,  the animal immediately gets into action and encourages the couple to support the plan. 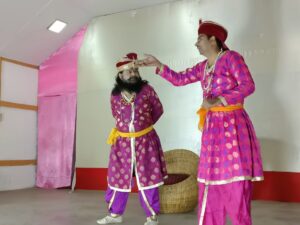 The prospect of an affluent life prompts Kallu and his wife to fall for the trap. Kallu visits the palace and announces that his ‘son’ can do the undoable.

When the donkey finally succeeds in building the bridge, the king is left in a quandary. How can the princess marry a donkey? However, the donkey transforms into a young man on the wedding podium and explains how he has been under the spell of a curse for a mistake in heaven.

At the end, ‘the donkey’ refuses to acknowledge the couple’s help and denies them a happy and prosperous life.
Like the donkey in Gilbert Keith Chesterton’s poem, the animal in the play finally has its ‘one far fierce hour and sweet’, but at the cost of a helpless family.

The play, enacted in a folk style, taunts the corrupt system and derides the wily leaders who thrive on the poor’s gullibility.

The actors — especially Avinash Saini, who played Kallu, Surendra Sharma, who played the dual roles of Narad and the king’s minister, and Vishwa Deepak Trikha, who played both God Indra and the king — were natural and kept the audience engrossed from the beginning. The music by Subhash Nagara and songs by Vikas Rohilla are elements which added folk piquancy to the play.

The lucid language of the script and references to contemporary issues and intrinsic problems of the political system in the country helped the audience connect with not only the play in Hindi but also the characters. Among other artistes were Sujata Rohilla, who played Kallu’s wife, Pavni Rohilla, the youngest in the group, and Mehek Kathuria.

Trikha, a senior artiste who does “theatre for the love of it”, said Gadhe ki Baraat completed 318th show and fifth in the North East.

Get ready for spring beauty bloom 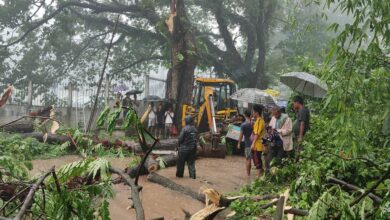 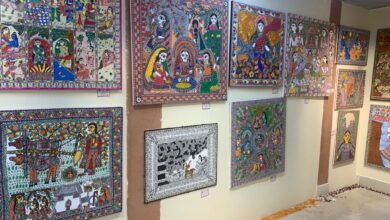 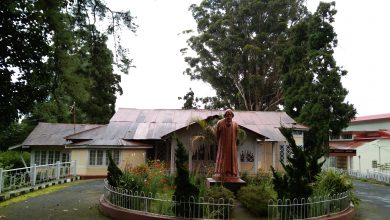 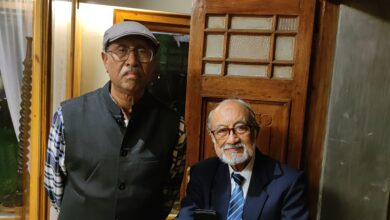