New Delhi, Dec 28 (UNI): Even as the coronavirus pandemic took heavy toll on the economy, consolidated balance sheet of scheduled commercial banks (SCBs) expanded in size in FY21 and early signs of recovery in credit growth are also visible in the current fiscal so far.

Capital to risk weighted assets (CRAR) ratio of SCBs strengthened from 14.8% at end-March 2020 to 16.3% at end-March 2021 and further to 16.6% at end-September 2021, partly aided by higher retained earnings, recapitalisation of public sector banks (PSBs) and capital raising from the market by both the public sector and the private banks.

The central bank said that some of the policy measures taken by it in response to the Covid pandemic reached the pre-announced sunset dates in 2021-22.

“Certain liquidity measures have been wound down as a result, while other regulatory measures, including deferment of implementation of net stable funding ratio (NSFR), restrictions on dividend payouts by banks, deferment of implementation of the last tranche of capital conservation buffer, have been realigned to avoid extended forbearance and risks to financial stability while providing targeted support to needy sectors,” said the banking regulator.

RBI report showed that balance sheet growth of urban co-operatives banks (UCBs) in 2020-21 was driven by deposits, while subdued credit growth led to acceleration in investments. Their financial indicators, including capital position and profitability, improved. 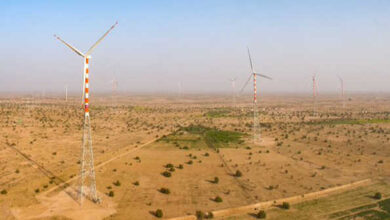