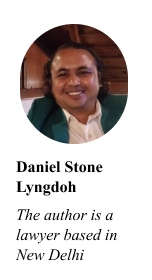 In this article, I would like to give my opinion on the importance of revisiting and reviving the day. There’s a reason why am I writing this because we have missed to think about the importance to revisit the history and to look forward in reviving the country and its spirit.

How to revisit the past?

Most of the senior citizens in our country as I have met them have forgotten about the real causes and sources of independence. To make everyone understand that independence is an important occasion is to appreciate all those who sacrificed their lives for our country. Citizens, old and young, should take cognisance.

It’s high time that the governments at both central and state levels recognise the importance to revisit the history of the immediate past at the earliest. Our modern history should value freedom fighters even though their names were not in the limelight but they are part of the history of the country’s freedom movement.

As we know India got its independence due to the contribution of both extremists and moderates in the same way appreciations should go hand in hand.

Recently, I saw that there is a ray of hope that the government took initiative even in encouraging all states to recognise freedom fighters who were nowhere in history. Like in the case of Meghalaya, the name of Ka Phan Nonglait, the only female freedom fighter in Meghalaya, has been recognised by the Central Government as an unsung hero.

It’s time even to revisit the culture and identity of all tribes and communities in India that included them since the first day of independence.

Why is important to revive real patriotism?

By patriotism, it does not mean people from one section of a community would hate other sections of communities either tribes or caste but to respect them and to bring development, prosperity and progress.

There is no doubt that every year we lift up India’s flag during India’s independence and we lift up high and we sing the national anthem and keep up a smiling face. But the face of real India does not look bright due to which poverty is too high, unemployment is increasing, states are fighting for inter-state borders and border disputes are extremely high, farmers have problems and agitations, price rice and high prices of petrol and diesel.

On top of that, the level of education is very low and it seems no one cares.

I want to conclude my writing by saying that on the occasion of the 75th Independence Day, we should revisit the past and we should maintain how to recognise and value the freedom fighters and culture of the past. We should also pledge to revive the country’s economy, education, peace and settlement of borders amongst states or international borders, to enrich sustainable development thinking and action to preserve the natural environment.

There’s no doubt we will revisit and revive all aspects and will make our independence regain the true spirit.

Process on to start coal mining in state: CM

Meghalaya is not a Christian state like India is not a Hindu country :VPP chief