Gonda/New Delhi, Jan 20 (UNI): Amidst ongoing protest by the wrestlers in New Delhi, Wrestling Federation of India President Brijbhushan Saran Singh attacked wrestler Vinesh Phogat on Friday and said that a conspiracy has been done with him, which he will reveal to the media. “I have not fled to a foreign country, I am very much here,” he said.

He said he has no dialogue with the government so far. “A conspiracy has been done with me and I will reveal it in the evening,” he said.

The WFI president said that 300 wrestlers will be participating in the championship. “I am not going anywhere till January 23, I will remain in the stadium,” he said.

Amid the ongoing protest of wrestlers against WFI and its president, the Congress on Friday demanded to the Centre to immediately dissolve the Federation.

“Congress’ first and foremost demand is that the Federation should be dissolved with immediate effect,” party spokesperson Supriya Shrinate said while addressing a press conference at the party headquarters here, referring to the wrestlers protest.

Stating that women need to be made safe and secure, Shrinate added, “These are some of the India’s most decorated athletes who have come out in the open and said they are being forced forced for sexual harrasment.”

“Vinesh Phogat had claimed that on October 2021, she had apprised the PM about this matter. What did Modi ji do in this matter?,” she said. 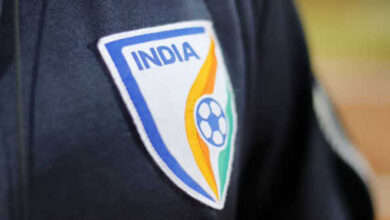