Shillong, July 7: Two persons were arrested with contrabands hidden beneath their clothes on Thursday.

In a statement, East Jaintia Hills police chief Jagpal Singh Dhanoa said in continuation of the campaign against drug menace In Meghalaya , East Jaintia Hills police, reacting on credible inputs regarding transportation of contrabands from Silchar to Shillong, intercepted one Maruti zen vehicle (WB 02 P 2867) at Umtyra CP and two accused were thoroughly searched and 6 boxes of suspected contrabands ( heroin ) expertly hidden below their garments were recovered from them 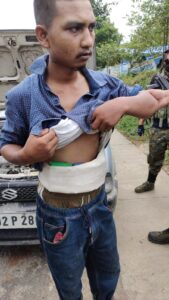 The total quantity of heroin recovered is 72 gms and in addition, 17 strips of banned Nitrazapam tablets have been seized.

Two phones and the vehicle were seized and a case is being registered at Khliehriat PS under NDPS act . 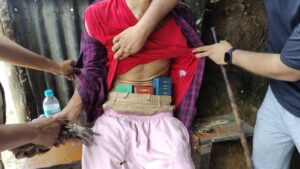 It was a joint operation of ANTF and Umtyta anti Infiltration CP led by Additional SP Banraplang Jyrwa alongside DSP Jason Myrom.

Due to traffic snarl at Malidor in Assam, it took 15 hours for the operation.

KHADC to call meeting to discuss agreements with Khasi states

Court convicts one for rape in WGH