Shillong, Oct 30: Assam, where bypolls in five Assembly constituencies are on, recorded nearly 65% polling till 3 pm on Saturday.

Altogether, 31 candidates are in the fray, among whom 7,96,456 general electors will have the opportunity to elect five legislators to the State assembly. State chief electoral officer Nitin Khade informed that preparations were completed for smooth conduct of the bye-elections on time. Moreover, with an aim to keep a strong vigilance on law & order, expenditure, etc the election authority has appointed a number of general, police and expenditure observers.

A total of 5,410 polling personnel are being engaged in the polling exercise where 1, 869 ballot units, 1, 844 control units along with 1, 861 VVPATs are being used. As a major push for conducting free & fair elections, live monitoring and webcasting has also been arranged by the authority. Webcasting is going from all the 1,176 polling stations, out of which 285 are in Gossaigaon seat, 213 in Bhawanipur, 322 in Tamulpur, 183 in Mariani and 173 in Thowra constituency.

Every polling station was sanitised a day before polling and the facility of thermal scanning, hand sanitisers, face-masks were made available. The electorate were ensured facilities like drinking water, waiting shed, toilet, adequate arrangement for lighting, wheelchairs for needy persons, etc in all polling stations. 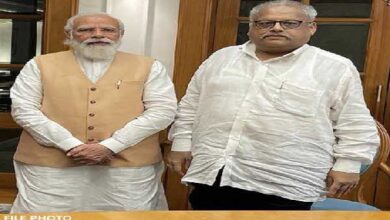 Dhankhar sworn in as 14th vice-president