Shillong, June 2: The Coordination Committee of Registered MeECL Employees Associations and Unions (CCORMAU) has demanded that the state government scrap its decision to outsource MeECL services to private companies.

In a memorandum to Chief Minister Conrad K Sangma on Wednesday, the committee president, P Marwein, said, “(We) strongly urge that these plans be scrapped. The CCORMAU would like to urge upon the CM to scrap the LOA (letter of award issued to M/s BECIL, Noida Uttar Pradesh for operation and maintenance of 56 33/11 KV substations) in total in the interest of the MeECL and the state as a whole.”

Former Nongkrem legislator Ardent Miller Basaiawmoit too took up the cause of the employees and criticized the United Democratic Party (UDP) for its failure to prevent the alleged sellout of MeECL to private companies.

In a statement, Basaiawmoit, who is also the convener of the Revolution Iada La ka Ri, said a very pertinent question to be asked is about the role of UDP, a major partner in the government.

“It (UDP) played an important part in the formation of this ministry and also instrumental in making Conrad Sangma the chief minister. However, the party has failed to prevent this complete sell out of MeECL to private Companies,” he added.

The former legislator also said that UDP would do a great disservice and injustice to the people of Meghalaya in general and Khasi people in particular, if it allows the Chief Minister and the Power Minister to go ahead with their plan to sell MeECL to private parties.

“Therefore, the matter is in the hands of the UDP as a political party, to safeguard the interest of the people of the state,” he said.

“It is rather surprising to learn that the government, especially the chief minister and the power minister, who are supposed to focus more on the plight of the common man in these times of crisis, seem more concerned (about) and determined to privatise MeECL. Why are these two very important members of the government so desperate to bring in private participation in the management of MeECL,” he asked.

CCORMAU too felt there was neither merit nor justification in the decision. They argued that if run by MeECL, it will help generate employment in the state.

“The decision to offer an outside party to handle the affairs of running the substations of MeECL is a step towards privatization and such policies have cut down the hopes of unemployed and trained/skilled youths of the state in getting their service regularized in the future,” Marwein said.

“(We therefore,) urge upon the CM to kindly intervene and stop the handing over of functions to the distribution franchisee (as) this will impact badly upon employment generation for local youths as there is no guarantee that outside firm(s) will permanently employ locals, according to reservation policies,” he added.

However, Marwein thanked Sangma for keeping in abeyance the handing over of these 56 substations to BECIL.

Confusion over exemption to pregnant workers

Police register case against NPP MLA after FIR by woman 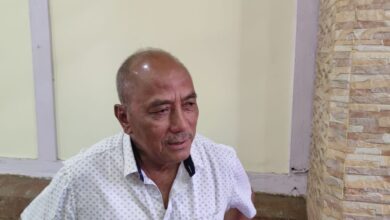 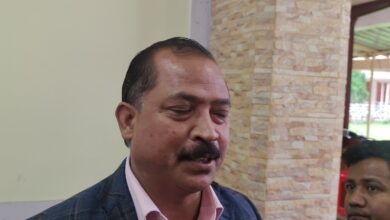