When Spility Lyngdoh Langrin died at 95, she left behind a legacy that only a braveheart can take forward. Over decades, the woman from an obscure village in South West Khasi Hills became the face of resistance against uranium mining and a government that refused to pay heed to the villagers’ repeated appeals against destroying the ecology.
In the early 2000s, Lyngdoh Langrin turned down crores of rupees from Uranium Corporation of India Limited (UCIL) to protect her “freedom”.
Uranium deposit at Domiasiat was discovered in 1984. It has approximately 9.22 million tonnes of high-grade uranium ore deposits.
Exploratory drilling for uranium was started by the Atomic Minerals Directorate in the village in the early eighties and she had agreed to that. In 2009, the state government granted permission to UCIL to undertake exploratory activities on 422 hectares in South West Khasi Hills district. 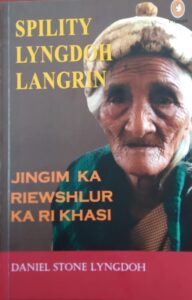 However, over time, Lyngdoh Langrin noticed that the drilling was affecting the health of her family and the environment. It was then that she decided to oppose uranium prospecting for future mining. When UCIL offered her money, she flatly rejected.
Her action encouraged other villagers to oppose the exploration. It was the beginning of a long battle against mining. Lyngdoh Langrin’s grit also inspired local activists and young researchers to take up the issue.
Advocate Daniel Stone Lyngdoh recently released his debut book in Khasi, Spility Lyngdoh Langrin: Jingim Ka Riewshlur Ka Ri Khasi (The Life of A Brave Khasi Woman), about the life and struggle of the brave woman from South West Khasi Hills.
The book was released by Samuel Jyrwa, president of North East Students’ Organisation, at the office of the Khasi Students’ Union in the city. Among the speakers at the programme were Jyrwa, Lyngdoh and members of the KSU. 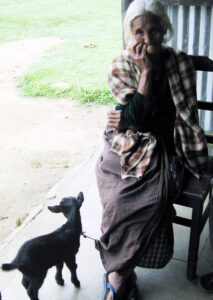 Phrijune Lyngdoh Langrin, the eldest son of Spility, was among the guests.
“The family has always supported mother in her fight for justice. We are determined to continue the fight if another attempt was made to mine or explore uranium deposits in our village. Though my mother has passed away, our stand against uranium mining will never change,” said Phrijune after the launch of the book. The septuagenarian had come all the way from Domiasiat to attend the function that paid tribute to the iron lady of the southwest.
Spility Lyngdoh Langrin died in October, 2020. In 2018, the Atomic Minerals Directorate stopped exploratory drilling in the region. In September 2020, villagers noticed a leakage in a tank reportedly containing radioactive materials. Dr Bremley Lyngdoh, a researcher, visited the village and confirmed presence of radioactive remnants of the uranium exploration. Two months later, the Khasi Hills Autonomous District Council ordered an inquiry into the incident.
The foreword of the new book is by Bremley. It took Daniel one year to finish the book. He said tracing the protest of Spility and her gauging her conviction over years delayed the book. “It was a long process of research. I have gathered information from her relatives, NGO leaders and all those who were part of movement against uranium mining in the state. Also, my job kept me busy,” the author added.
Though Daniel has not personally met the brave lady, he did research on her life and spoke with her relatives.
When asked how he remembers Spility Lyngdoh Langrin beyond an activist, Daniel said, “Her humility. All her life she lived in a thatched house and worked hard to survive. She taught her children all these values.”
Daniel informed that he would soon release the English version of the book. “The book speaks about a woman who chose to live in her small humble hut rather than to accept the crores and crores offered by UCIL,” he said.
Addressing the occasion, Jyrwa said the book will no doubt be a big source of inspiration to many.
He recalled that it was in the 1990s that the Atomic Mineral Division (AMD) got the permission to carry out exploratory mining at Domiasiat. AMD was able to extract over 600 tonnes of uranium ore from Nongbah Jynrin-Domiasiat.
Jyrwa said when Spility saw the negative impact of the exploratory mining on the well-being of the locals, she decided to write to the government demanding immediate halt of the mining activities.
He also remembered the role of statehood leader and former minister Hoping Stone Lyngdoh in ensuring that the exploratory works of the AMD ended in 1994-95.
Jyrwa said protests intensified when there was continued attempt by UCIL to mine uranium in the area.
Relentless protests by the locals, who were wary of the effects of uranium mining in Jharkhand’s Jaduguda, made the government revoke the permission in August 2016.
Jyrwa also expressed regrets that there were many leaders and NGOs who had tried to mislead people about uranium mining.
“But it was due to the firm stand of Spility that all such attempts to mine uranium failed till today,” he said.
The courage that Spility Lyngdoh Langrin showed was exemplary and makes her the hero of the modern time. In fact, some citizens believe that her story should be part of the school curriculum in the state so that the future generations know about her struggles.
The English translation of the book will take her story to a wider section of readers beyond the state borders and also help in revealing the State’s high-handedness and the system’s greed in other parts of the country.