The tenure of first Meghalaya Lokayukta PK Musahary ended on May 31 and he relinquished the post on the same day.

The search is on by the government for a new Lokayukta.

During his short stint from November 2018 to May 2021, many bold orders, including controversial ones, were passed by Musahary.

He had ordered a CBI probe into coal scam besides investigation into corruption cases in GHADC, misuse of funds under MGNREGS and others. The order to probe illegal coal mining by the CBI is still relevant in the wake of frequent mine accidents despite the NGT ban and the latest is the case of five miners trapped in a mine in East Jaintia Hills since May 30.

Curiously, instead of adhering to the orders of the Lokayukta, the state government had gone ahead challenging the many directives of Musahary in the High Court. Despite many hurdles, limited staff and infrastructure, he carried on with the task of ensuring justice to the needy.

In a telephonic interview, Musahary shared his past experience with Meghalaya Monitor.

MM: Is there any need for a Lokayukta in Meghalaya?

PKM: Absolutely there is a need.

MM: Were you happy as the chief of anti-graft panel for the works you have carried out?

PKM: I am happy. But media people should go for a survey whether people are satisfied or not.

MM: But you had expressed unhappiness in the past.

PKM: That was for lack of infrastructure, staff and other few things, otherwise, I have done my best.

MM: What is the nature and gravity of corruption in Meghalaya?

PKM: It is deep rooted and it is everywhere especially in the top places.

MM: Do you think nobody is serious in fighting corruption in the state?

MM: Can you tell us the status of the petition moved by the government against Lokayukta regarding the CBI case on coal scam?

PKM:  I think, it is still pending.  High Court is not able to have physical hearing due to Covid. It is upto the court to decide on the matter. How can I comment?

MM: In what way the Lokayukta can be strengthened to ensure transparency and accountability in governance?

PKM: You know last time I had asked Chief Secretary to provide the returns of assets and liabilities of the officers, but the government has not taken it seriously as returns were not collected and sent to me. In the middle of my work, I had ordered this. I think they will not accept it. I don’t know the reason. Once the returns are sent to Lokayukta, half of job is done.  At least there should be some records. Otherwise what is the basis of making allegations against somebody that he or she is corrupt?

MM: You had once told in an interview that there should be contempt provision to ensure that the orders of the Lokayukta are implemented by the government. Besides contempt provision, what are other measures which can ensure speedy justice?

PKM: Yes, the contempt provision is there in Karnataka Lokayukta Act. It is the best model in the country. I am of the opinion that Meghalaya should introduce this.

Regarding other measures to ensure accountability, it depends on the party in power and leaders of the government. They should have political will to fight against corruption. 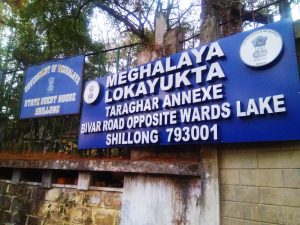 MM: Have you got the required support during your tenure?

PMK:  I don’t blame anyone. It is the system prevailing in India. Lokpal at the Centre is not working, whoever was appointed, they had to leave because they had some bitter experience. Even in state Lokayuktas, people- retired judges with good image are also getting fed up. I should not comment. People in power are not interested and they know it is not good for them. The history of creation of Lokpal and Lokayukta is that when the Centre and states were delaying the decision, the Supreme Court had to interfere. The present system of anti-corruption panels is due to supreme court’s intervention and order only.

MM: What has been the response of the people in filing petitions? What is the reason that no petition came from Shillong whereas cases were mostly from the outskirts of the state.

PKM: It depends. I already told you people should be made aware. People should be told that it is for the good of the society. Filing petitions against officers or people in power is   not a matter of joke. The petitioners don’t want get exposed to such people. People from rural side are basically simple, no vicious interest but people in places like Shillong or in town, they have their move. They move with calculation, they don’t want to jump. They work as per their calculations and interests.

MM: Any other observations to make?

PKM: I want people to know that I am not negative. This is the initial stage. New chairpersons will come. They will be able to do better and they can improve the situation. Being the first chairperson, I had to fight from the beginning for basic facilities but the government said they are suffering from financial crunch and they did not provide adequate staff and infrastructure.

PKM: I want to take rest. My whole life, starting from my village Gosaigaon under Kokrajhar , was a struggle and now I am 70. I have fought throughout my life. I am a determined person.

I was the first man from the entire plain tribals of Assam to become a judge in 2007. There was no tribal judge and people were not interested. I had to work hard as I believed that there is no short cut to success. Some of my juniors left as the work was hard but I did not leave my profession. At various points of time, I was tempted to join politics but I was determined to be in judicial service.