Gregory Warjri was struck by wanderlust when he was a child and would go on fishing trips with his father. With time, the traveller in him only grew restless. So Warjri started exploring Meghalaya when he was only 14. Now, his passion has turned into a source of livelihood.
Warjri became a tourist guide when he was only 15. He would take tourists to places in Meghalaya which were lesser known at that time.
“Back then (early 2000), there was not much information about Meghalaya on the Net. All one would get to know about was Dawki, Cherrapunji and Mawlynnong. Most of the tourists would visit only these places. But there was so much to explore,” said the young traveller from Mawlai.
This was more his passion than profession and he would often refuse to take money. “I did not even know how much to ask for. Once a foreign tourist gave me Rs 200, and then on, I would ask for only Rs 200,” Warjri laughed as he remembered the early days of travelling. 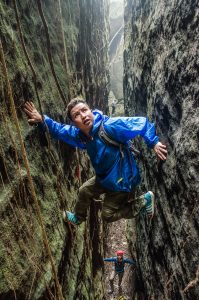 Warjri’s main inspiration was his father who often went on fishing trips to villages in Ri Bhoi and Ranikor. A few years later, he would meet the members of city-based The Ace Adventure Association. The members, all older than Warjri, were mountain bikers. “My first biking trip with them was to Lumsohpetbneng. After that, I would often join them on trips,” said the 32-year-old traveller and tourism trainer.
The adventurer would travel to remote hamlets and spent time with villagers, enquiring about the places, the local traditions, rituals and cuisines. This helped Warjri when he guided tourists. His anecdotes about respective places make the trips with Nomads endearing and exciting.
The photographs of the places which Warjri put up on social media attracted attention and many visitors to Meghalaya as well as local tourists would contact him with the request to be their guide. The one-man initiative was called Nomads that started in 2015 and later rechristened Nomads Adventure.
In 2013, he joined Campfire Trails as a guide and worked there for two years before starting Nomads. There are various tour packages, which include camping and adventure trails. Warjri has taken tourists to different places in Khasi Hills, Jaintia Hills and Garo Hills. He is planning to branch out to other northeastern states like Arunachal Pradesh and Nagaland. In fact, he is already working with a private entity in Mechukha in Arunachal Pradesh for a tourism initiative.
Warjri was still a student when he started work. While the job gave him financial independence, it affected his studies. But his parents were supportive. “All they were worried about was my safety. I was also into adventure sports and would often get injured. I broke my collar bone and arm and my mother asked me not to pursue it any more. At the same time, she knew adventure made me happy,” he said.
According to the young adventurer, his job helped him to be independent, especially when the family was struggling financially after the death of his father. But more than money, it was his quest for the unknown that drove him to continue as a tourist guide.
However, the fast-growing social media space has affected Warjri’s business. Information about new and obscure 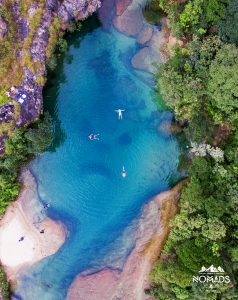 tourism sites is now a click away. “Only a few now contact me for guidance,” he said.
The pandemic has only worsened the situation. This has prompted Warjri to diversify. He, along with four of his friends, has started Nomads Motion that takes up government projects to make documentaries, videos and short films, among other projects.
While the number of domestic and foreign tourists has dried up owing to the pandemic, the response from local tourists has been encouraging last year, said Warjri, who is hopeful that the situation will improve for tourist guides once the Covid-19 waves recede.
At the same time, he believes that to promote tourist guide as a career option, “the government should conduct more training programmes”.
“I have learnt the hard way, from first-hand experience. There was no training. So, I think more awareness and training sessions will help youngsters who are interested in tourism,” Warjri said.

Moving off the track

Joint report on West Khasi Hills: 32 villages out of 34 want to be in Meghalaya