Shillong, Nov 1: Twelve mobile devices, 23 ATM cards and 12 pass books of different banks ( in picture) were recovered from Nigerian- Naga duo after they were arrested by Meghalaya police.

There were involved in a crime reported in Williamnagar.

Police suspect that they may be involved in many other cases in other districts of Meghalaya amd other states .

The  Nigerian national and Naga woman were arrested from Delhi as they were involved in a cyber crime / fraud case.

After Rs 2 lakh was involved in the fraud case, an FIR was lodged and a case registered at Williamnagar police station recently. 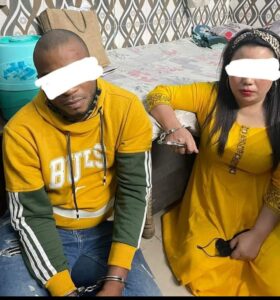 Veteran journalist passes away at 86

Summersalt to tour Europe to share music & culture of Meghalaya, rest of NE

Union minister not happy with progress of central schemes in state

TMC staying away from ILP to save vote bank, says NPP youth wing

Another report & no clear decision on ILP

Early celebrations of I-Day in city