The chief minister visited the next of kin of the victims and handed over the ex gratia cheque of Rs 5 lakh. Interacting with the family members, he expressed his condolences on behalf of the people of the State and the Government. He also told the gathering at the village that Government has decided to cancel all official government functions and festivals to show solidarity with the people of Mukroh.

During his visit to the village, the Chief Minister stopped to interact with protesting pressure groups and assured them that the Government will ensure justice for the victims. He told them the Government of Meghalaya and Assam have agreed to request the Government of India for a probe by central agencies either NIA or CBI into the firing incident, which killed 5 civilians and one forest guard from Assam.

He told the agitating pressure groups that Government of Assam is cooperating fully with Meghalaya. He also told them that the concern officials including OCs and forest officials have been suspended and SP of West Karbi Anglong have been transferred out from the district.

He also informed that a State Cabinet delegation will call on Union Home Minister Amit Shah on November 24 at Delhi, which will also follow up with a meeting with Assam Chief Minister Himanta Biswa Sarma.

Later, the Chief Minister along with other ministers held consultation with different stakeholders from the village. The villagers expressed their concerns and informed the Chief Minister on different problems they had to face for the past several years on daily basis along the Assam – Meghalaya inter state border areas.

Chief Minister assured that the concerns raised by the people of the area will be submitted to Union Home Ministry for their redressal. 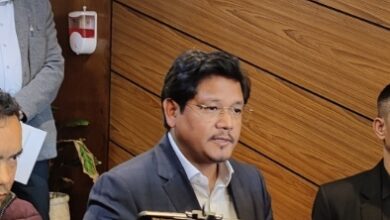