The CEO called for the cooperation of political parties in ensuring the bridging of the enrolment gap through Booth Level Assistants ( BLAs).

He was speaking at the state level function on Monday for launching special summary revision of photo electoral rolls from January 1, 2022 as the qualifying date.  The publication of Integrated draft electoral rolls was held at the sate headquarters of the Meghalaya Bharat Scouts & Guides Auditorium.

He stressed on the importance of the current summary revision as it is a precursor to 2023, in the context of elections being only 14 months away.

The number of polling stations has increased by 141 and the total number is 3335 from 3194 polling stations earlier. The CEO conveyed the challenges of the electoral exercise which is being undertaken in the midst of Covid-19 and the requirement for rationalisation of polling stations to ensure that no polling stations should be over crowded. The CEO also highlighted the use of technology which has been developed by the Election Commission of India and launched such as the user friendly Voter Helpline App (VHA) which offers a number of electoral services such as online enrolment, digital voter slip, know your candidate, election results, election status, filing complaints and others which a voter can easily access. The online registration only takes 5 minutes. It was also indicated that there will be special campaign on November 13  and 20.

In the rural areas, the services of the CSCs (Common Service Centres) will also be roped in to facilitate online enrolment. Specially created SVEEP (Systematic Voters’ Education and Electoral Participation Programme) creatives and SSR videos leveraging on Meghalaya’s iconic ‘democracy bus’ were also released by the CEO in the presence of the DC Isawanda Laloo, election officials and political party representatives. A copy of the draft electoral rolls was also handed to all the political party representatives.

BLO health kits were also distributed to some BLOs.

Others who spoke include Laloo who said all efforts will be undertaken by the district election machinery to bridge the gap in East Khasi Hills , which cumulatively accounts for the largest number of electorate spread over its 15 Assembly constituencies .

Summersalt to tour Europe to share music & culture of Meghalaya, rest of NE

Harijan Colony residents not to move out, threatens drastic steps 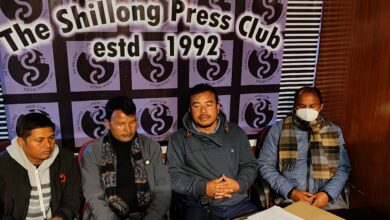 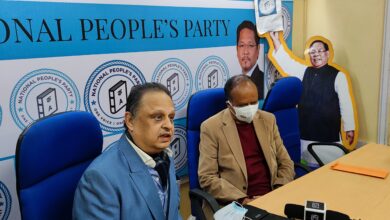