Bhubaneswar/Kolkata/East Midnapore, May 25 (UNI): Several parts of Odisha witnessed heavy rains for the past few hours as the Cyclone Yaas lashed over east-central Bay of Bengal and moved north-westward.

The India Meteorological Department said it is very likely to move north-north-westward, intensifying further into a “very severe cyclonic storm” during the next 12 hours.

IMD has already issued a red warning for Balasore, Bhadrak, Kendrapada and Jagatsinghpur districts of Odisha where heavy to very heavy rainfall is very likely to occur at a few places with isolated extremely heavy falls. 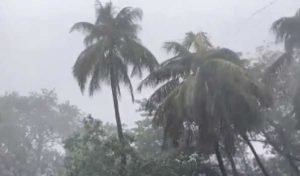 Special Relief Commissioner Pradip Kumar Jena said the evacuation process from the vulnerable areas along the coast has already started and by this morning over 15,000 people have been evacuated to safer places and kept in cyclone shelters. The evacuation process, he said will continue till this afternoon.

The Odisha government has already deployed 52 NDRF teams, 60 ORDF teams and 206 Fire services teams besides 404 Rescue teams in the relief and rescue operation in the areas likely to be affected by the very Severe Cyclonic storm Yaas.

The government has cancelled leave applications of all employees till May 31and asked the employees to return to their respective headquarters forthwith.

Chief Minister Naveen Patnaik, during his discussion with Union Home Minister Amit Shah, informed him that the state is fully prepared and officers are in touch with central officers.

Troops of the Indian Army are being deployed in and around the Digha sea resort in West Bengal to deal with any eventuality as the Cyclone Yaas is located 420 km away from Digha in East Midnapore by 9:30 am on Tuesday.

According to the district administration, a team of 60 soldiers is being ready, sources said.

The National Disaster Response Force and paramilitary forces have already been deployed at Digha in East Midnapore. As Cyclone Yaas is expected to have the biggest impact on Digha in the coastal areas of the state, the administration is leaving no stone unturned in its preparations.

The Indian Navy also kept its logistics ready to deal with the storms.

The Indian Coast Guard also geared up its machinery and manpower to face any eventuality. 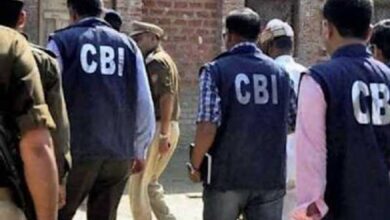