The decision was following the assurance given by the Urban Affairs Minister Sniawbhalang Dhar.

Dhar carried out an inspection of the dumping ground and assured the SSMP and headmen of various localities in Mawlai to set up a special committee to look into the problems faced by the people.

The committee will hold a meeting with all the stakeholders on August 3.

“We will sit and discuss with the SSMP, the headmen and all concerned departments. We will take all suggestions into consideration before any decision is taken on this matter” Dhar said.

He said the government will finalise new garbage dumping ground.

The department will also take necessary steps to reduce the dumping of waste at Marten.

SSMP president Samuel Biam said while they have decided to open the gates of Marten, they are waiting for the official meeting on August 3 as promised by Dhar. 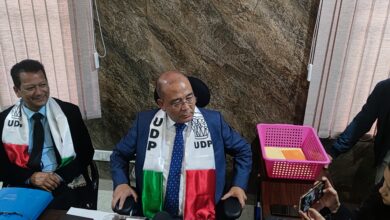