On November 18, the state government opened the celebrations for the golden jubilee of statehood in January 2021, in West Garo Hills. The inauguration of the logo was followed by a cultural programme and a local wine festival. As Meghalaya nears its 50th year of being, Sunday Monitor puts its lens on the various aspects which make a state progressive, self-reliant, developed, and most importantly, a leader. Has Meghalaya achieved these qualities over five decades? Does it have a reason to celebrate? Has the new generation of leaders lived up to the dreams of the predecessors who fought for the hill state? The series, beginning this week, will try to find answers to these questions and draw a vivid picture of the current state of affairs. This week, the focus is on the economic growth of the hill state, which is primarily agrarian, and whether the government’s policies for farmers are paving the path for a sustainable growth. 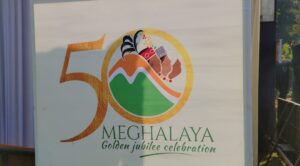 A few years ago, a group of farmers in Lawsohtun had expressed disappointment to the reporter over the successive state government’s apathy to set up separate markets for organic vegetables. They had explained how organic farmers in the locality were incurring losses owing to the “mix-up” at Iewduh, the largest wholesale market in the state.

The land-locked Meghalaya with a population of around 30 lakh is primarily an agrarian state with 80% of its population dwelling in rural belts. But little has been done to ensure a holistic growth of the sector and the piecemeal efforts have barely translated to profits for farmers.

While the state government has introduced several agricultural schemes to promote organic and indigenous farm produce, it has shown a lack of vision in not developing the food processing sector simultaneously. This way, it has failed to open up other means of revenue earning. Also, the absence of markets for organic produce have devalued the hard work of farmers both in villages and on the outskirts of the city.

“Everyone talks about agriculture but nobody likes farming,” says Avner Pariat of New Dawn, a newly formed organisation with focus on economic turnaround of the state.

According to Pariat, if agriculture has to become a profession, then there should be data about how much profit an individual can earn. “To make agriculture profitable and attract the youth to take to farming, we need to have more cooperatives,” he says.

Agriculture is the state’s strong point and leveraging the primary sector will require holistic planning and a vision to implement it in letter and spirit. Meghalaya can not only earn from farm produce but also the processed products, which can be marketed in the neighbouring states and Bangladesh strategically.

An expert points out that horticulture is the state’s strong point and should be explored more.

Like other special category states, Meghalaya too is largely dependent on central funds to meet its expenditures as well as to implement development projects and welfare schemes.

The state’s revenue comes from both tax and non-tax elements. The central transfers include tax devolution and grants. During the period 2018-19, Meghalaya’s internal revenue increased 8.9% and central assistance by 12.8%.

This not only shows the state’s dependency but also reluctance to be self-sufficient. The dependency has increased post the ban on rat-hole coal mining that pulled down revenues by 5%. A Finance Department report of 2019 says “the adverse impact is likely to continue into the period 2020-25”.

Meanwhile, the state’s Gross Domestic Product (GSDP) has shown a steady growth with the economy showing an upswing of over 6%. Earlier this year, the chief minister had claimed that the state’s economic growth will double in the next five years. But at the ground level, the picture remains grim.

“These figures are manufactured,” says a city-based professor of Economics. “I read about the state’s double-digit growth and I cannot find any consistency with reality. These figures cannot be real,” he added.

The rate of unemployment has also increased after the first wave of the pandemic rendered several jobless. With an under-developed private sector and saturated government departments, the youth of the state are left with no option. Though the government has introduced schemes for start-ups and young entrepreneurs, not everyone has the nous to be successful in business.

There is also a constant migration of youths from rural areas to the city, making the urban economy wobbly as the options of livelihood are limited.

There is a need to engage the youth in productive activities and introduce more skill development programmes, the professor says. He suggests that science and mathematics need more focus in the education system for the youth to develop a critical and logical mind.

Minor minerals, like limestone and coal, are an important source of revenue for the state. The finance report 2019 projects the state’s loss from the NGT ban after will incur a revenue loss of Rs 4,443 crore during 2020-21.

Though minerals can be an important source of revenue, the environmental cost that a small state like Meghalaya, with floral and faunal diversity, has to pay is humongous. Even if the government manages to start coal mining with proper implementation of scientific methods, the victory will be nothing less than Pyrrhic.

Having said that, “mining is necessary to an extent”, says Pariat. But he suggests cooperatisation of the mining sector so that there is equal distribution of wealth among stakeholders.

“Many of our politicians are involved in mining and they would never want cooperatisation. Agriculture sector still stands a chance but not mining. New Dawn wants to lead the way on this front,” he adds.

As the state nears the zenith of statehood celebrations, the chief minister should keep in mind that his role is more than a showman and there is too much to do before 2023. But first, there needs to be an open forum for citizens to raise contentious issues. There should be a grassroots-level survey by independent members for each scheme implemented so far to gauge its veracity. There is also a need to reduce dependency on the Centre.

More than basking in the glory of what can happen, there is a need to focus on the present and learn from the past.