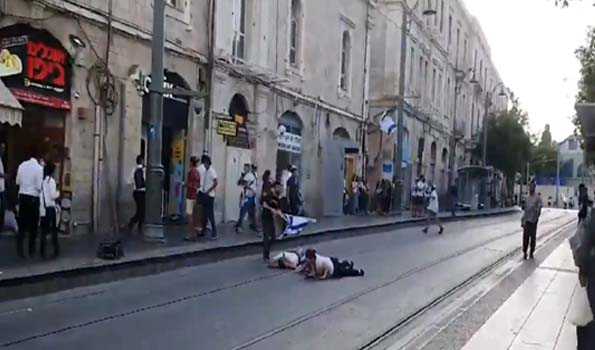 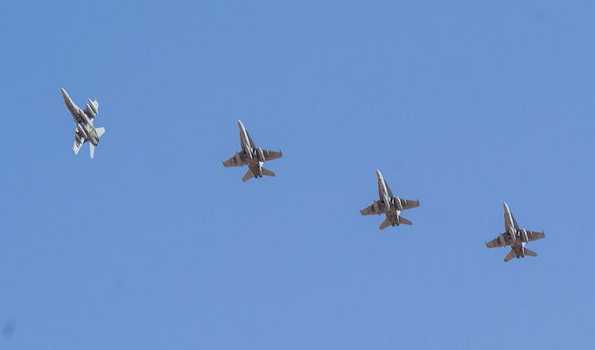 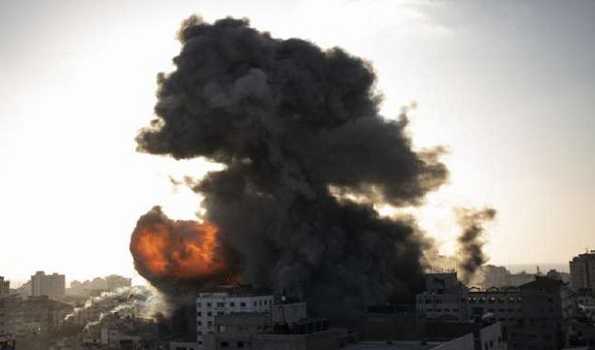 Moscow/Washington/Gaza/Tel Aviv, May 13 (UNI): The United States Air Forces Central Command (USAFCENT) announced on Thursday that F-18 fighter jets were deployed to Saudi Arabia to promote security and stability amid the escalating violence in the Middle East.

“F/A-18D Hornet aircraft deployed to @378AEW [378th Air Expeditionary Wing at Prince Sultan Air Base], Kingdom of Saudi Arabia, this week as part of a dynamic force employment to enhance @CENTCOM’s [US Central Command] ability to deter aggression and promote security and stability within the CENTCOM​ area of responsibility,” USAFCENT wrote on Twitter.

At least 1,600 rockets were fired at Israel from the Gaza Strip since the beginning of the escalation, around 400 of which fell inside the Palestinian enclave, Israel Defense Forces (IDF) spokesman Jonathan Conricus said on Thursday.

Conricus specified at a briefing that these figures include the overnight shelling. According to the IDF spokesman, the effectiveness of Israel’s Iron Dome missile defense system is estimated at around 90%.

Six Israeli civilians and one servicemen were killed since the beginning of the escalation, Conricus noted.

Meanwhile, fatalities in the Gaza Strip due to strikes by Israeli armed forces has risen to 67, the enclave’s Ministry of Health said on Thursday. It claimed that among those dead, 17 are children.

The Israeli strikes have left 388 Palestinians injured, including 115 children and 50 women.

A Palestinian was also shot dead by Israeli servicemen south of the city of Nablus in the West Bank, Palestinian media reported.

Israel and Palestine’s Hamas have exchanged hundreds of rocket strikes since Monday night. This confrontation was sparked by days of clashes in East Jerusalem and the eviction of several Palestinian families from their homes in the disputed city.

US Secretary of State Antony Blinken emphasised the need to de-escalate tensions and end violence in a phone conversation with Palestinian President Mahmoud Abbas on Wednesday.

Blinken and Abbas “discussed the violence in Jerusalem, the West Bank and Gaza, and the Secretary expressed his condolences for the lives lost as a result”, according to a State Department readout of the conversation.

“The Secretary also expressed his belief that Palestinians and Israelis deserve equal measures of freedom, dignity, security and prosperity,” said the readout.

Also on Wednesday, Blinken talked with Israeli Prime Minister Benjamin Netanyahu, voicing support for Israel’s right to defend itself and urging all parties to de-escalate tensions and bring a halt to the violence.

More than 370 Palestinians were detained late on Wednesday over clashes with the Israeli security forces across the country, Israeli police spokesman Micky Rosenfeld said, adding that 36 officers were injured.

He said that the riots and clashes took place in dozens of Israeli cities.