The three villages are under Tarabari sector bordering West Khasi Hills and Kamrup in Assam.

According to the report on three disputed sectors (areas of difference) of West Khasi Hills, 32 out of 34 villages wanted to be in Meghalaya. The two villages Hahim proper and Thutiapara/Thutia Bazar preferred Assam. 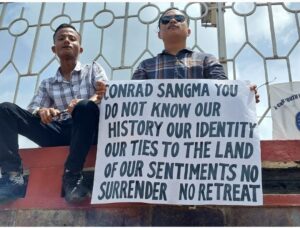 However, when the MoU was signed on March 29 this year, they were included with Assam.

After signing of the agreement, there was criticism as to why these villages which were  in Meghalaya were recommended to be included in Assam.

After the meeting of the pressure groups with the Chief Minister Conrad Sangma on Tuesday, the government said it will try to bring back the three villages to Meghalaya.

Conrad assured the delegation of NGOs to talk to his Assam counterpart so that three villages from Nongbak Aking and Hima Nonglang, can be brought back to Meghalaya.

He, however, said the government showed the NGOs that the three villages were already shown in Assam as per the map and report submitted in 2011 by the government then.

Suspended Congress legislator from Rambrai-Jyrngam Kimfa S Marbaniang, who is supporting the government, said the state will try to bring the three villages belonging to Nongbak Aking and Hima Nonglang – back to Meghalaya.

Here is the unedited inquiry report into vehicle scam